Come check out the GamesquadSquad booth if you happen to be in the area. I’ll have this and a bunch of other NES repros, custom cases, and perler art and hopefully a special guest with some hand-made, knitted, wearable nerdery.

Perfectly timed completion of this project with the release of Fire Emblem Fates on the 3DS. I finally got my famicom converters so I could assemble some Fire Emblem repros for the NES in english. I’m far from the first to have done these, but I’ve wanted to for some time now and I just finally got around to it.

This series had been around in Japan for over a decade before it finally saw an international release on the Game Boy Advance. There were two for the Famicom – Fire Emblem: Shadow Dragon and the Blade of Light, and Fire Emblem Gaiden. I just finished the original today and I’ll be wrapping up Gaiden soon.

I’ll be making these by request if anyone wants one. Though the cart will be standard grey. I just used this clear one for myself to show all the nifty bits inside.

Fire Emblem: Dark Dragon and the Sword of Light

I also put one of these together just because I felt like it.

Etsy Store Up And Running

Finally got the Etsy store up in full swing for the NES reproductions; making selling them much easier for both the buyer and myself. It still needs some work, but it’s up. I’ve even got my first sale and review already.

Two more completed carts ready to roll out. Took me forever to make the label for Donkey Kong. Not that it was hard or anything, I just couldn’t land on a design I liked for it. Eventually landed on the classic arcade image and I think it fits rather well.

Adventure Island IV was never released in America. It came out in 1994 for the Japanese Famicom and by that time, the Super Nintendo had already cemented itself as the preeminent system. So this, like many other games that were developed late in the life of the original NES, was never given its fair shake on the American market.

Not sure how to accurately label this one. I would call it Original Donkey Kong, but they already have that for the NES, but it’s not an entirely accurate title. So Donkey Kong Pie Factory I suppose would be the best choice, but it makes it sound like an entirely different game. What it is, is the complete arcade version of Donkey Kong with the extra level that was removed from the NES console version. 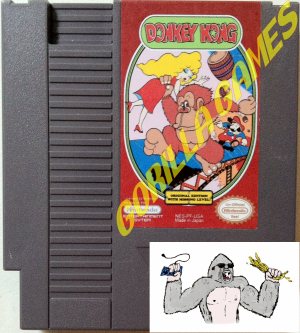 Decided that I wanted to make some GBA repros as well. There’s a few GBA games that never came out here that I’d like to have a cart for; not too many, but enough to make me interested in the endeavor. What better one to start with than Mother 3.

That being said, they’re kind of a pain in the butt to make and I don’t think I’d ever really do this in any sizable quantities, unless of course someone has a stock of blank GBA PCBs out there.

So obviously Mother 3 is one of the hot ones, but what’s next? Anyone have any suggestions? Anything they know of they’d like to see in cart format? There’s a Suikoden card game I was thinking of doing…

Certain games never make it past development for stupid reasons. I can’t find a good one for Hit the Ice not being released. A hockey game with RPG elements and slap-stick humor (pun intended!). You can’t miss (also pun intended?). Anyway, it’s a silly, fun game that never made it past the prototype phase. They had the rom and the cart out there, but no finished product. Click on the picture below if you’d like to see some gameplay footage and send me a message if you’d be interested in owning your own copy! 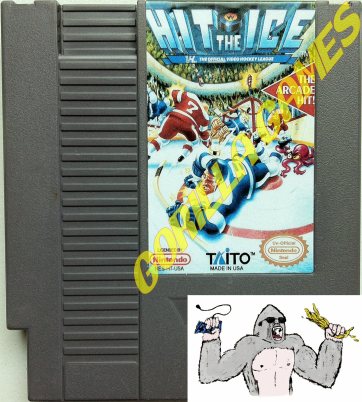 Made this cart awhile ago but just finished a playthrough. Did not complete it. Got killed pretty horribly. This is pretty much the first survival horror game, or at least the first one that introduced many common elements of the survival horror genre. Resident Evil owes its existence to Sweet Home as it borrows many of the concepts that were originally introduced in 1989.

A noteworthy accomplishment, which is nearly unheard of even to this day, was it’s success as game as it co-launched next to its movie counterpart.

If you are interested in purchasing this cart, send me a message. You can click on the image for more details and check out the gameplay video. 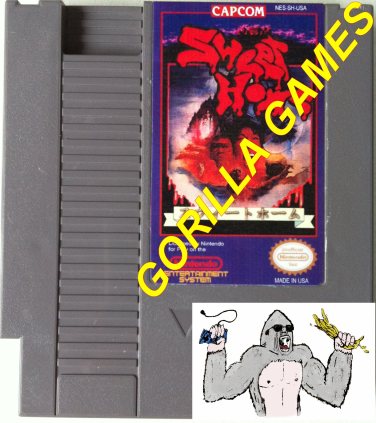 Super Mario Bros. 3 Mix, a rom hack made by Southbird, completed and available on cart. Max and myself did a complete playthrough of the game to “test it out”, plus it’s just awesome Mario fun. There’s a lot to do in this game. It has so much more than the original NES could offer, including game saves, alternate stage exits, unlockable stages, etc. If anyone’s interested, I could make this one for $40. I also have an alternate label available.

Finished another repro cart. Known in America as Super Mario Bros The Lost Levels, this is the official sequel to the original Super Mario Bros. game which was available on the Famicom Disk System. We of course got the remake on SNES in the form of Super Mario All-Stars. If you are interested in purchasing one of these carts, shoot me a message or send me $35 through paypal to gdraudt@gmail.com with your shipping address. I’ll knock $10 off that price if you send me a donor cart. Message me for possible donors. 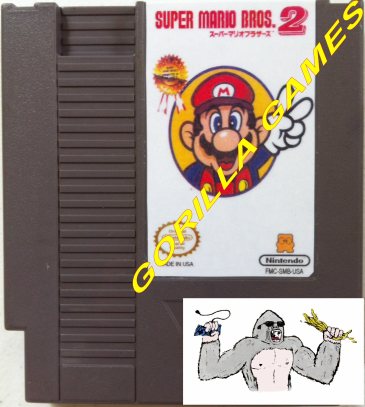 Been kinda busy with things, but I managed to finally finish the label for SonSon. I kind of messed up cutting it a bit, but whatever, it’s my copy so I don’t care. I used the classic Capcom label style, a-la GunSmoke and 1942. I do plan on making an alternate label using the later Capcom label version such as on DuckTales and Rescue Rangers. Of course, if you are interested in purchasing on one of these carts, shoot me a message or send me $35 through paypal to gdraudt@gmail.com with your shipping address. I’ll knock $10 off that price if you send me a donor cart. Message me for possible donors. 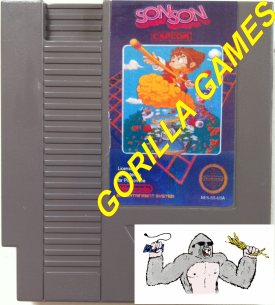