An original Final Fantasy rom hack where the setting now takes place in the Mushroom Kingdom. It’s essentially the same game as far as the breakdown of the plot and order of events, but has new art, sprites, weapons and characters have been renamed, and has been given a Mario themed soundtrack. 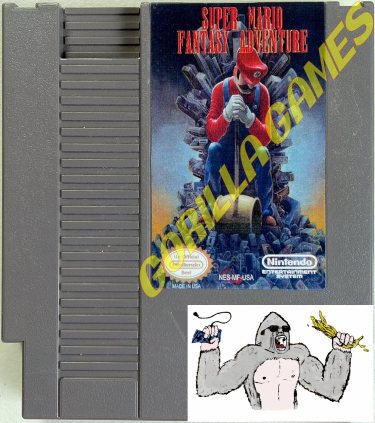