A finished and almost released prototype of Earthbound Zero, or Mother, in Japan. Why did we never get it in America? Because NOA was stupid and didn’t think it would make enough money. Definitely a must play for RPG and Earthbound fans. I love the music in this game. Completely in English and fully functional on your American NES.

There is also now a Mother 25th anniversary ROM  available. I can produce either version of the game. If you want to stay classic and play the game as the developers originally intended stick with the regular ROM. If you would like to play the updated version, it has revised dialogue and all new updated art and graphics, but is still basically the same game. 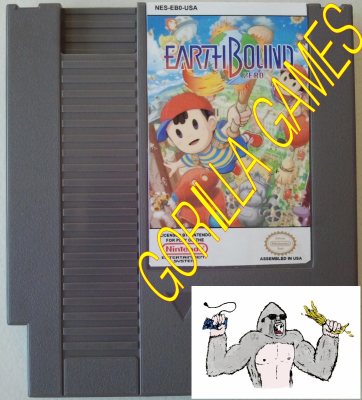