Released only in Japan, it came out in 1989 along with its horror movie counterpart of the same name. Sweet Home essentially laid the foundation for what would be one of Capcom’s most popular franchises, Resident Evil, though the games do differ greatly in gameplay. Unlike Resident Evil, Sweet Home is an RPG, with random turn-based battle encounters and character progression. Characters suffer from perma-death should an encounter go poorly, greatly enhancing the difficulty and anxiety levels the game produces. It also introduced the limited inventory spaces, and puzzle solving elements common in the survival horror genre. Once you play Sweet Home, it’s quick to notice how much this game influenced its spiritual successor. Even the door opening loading screen is a throwback to this game.

I offer a few possible reasons for why we never got this America. For starters, they probably didn’t think Americans would “get it.” Seems to be the case with a lot of games that never landed on our shores. Either the game was too oddball or too difficult, and we all know the perception of how Americans can’t play difficult games. The main reason we never saw an official release is the Western worlds sensitivity to gore. Nintendo of America, especially then, was very against anything gory, bloody, scary, or gruesome, all of which are words to describe this game. All said and done, this game was WAY ahead of its time. 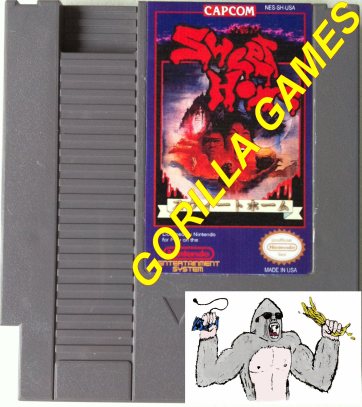