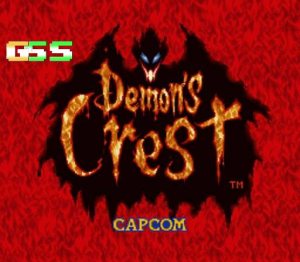 Full playthrough of Demon’s Crest by Gamesquad Squad. I had always wanted to play this game because I was told that is was difficult and I like a challenge, but it’s a pretty pricey cart. I guess I had the option to get it as a kid, but I was turned off by the fact that they removed a lot of the RPG elements that the NES predecessor had. Turns out that was a stupid reason not to buy the game.  I finally managed to get my hands on one for a price that wasn’t too steep. The game was good, I definitely enjoyed it, but I’m a little disappointed because it wasn’t nearly as difficult as I had been lead to believe. The final boss however was nearly impossible. Almost the entirety of the 3rd video is us trying to be the final boss. That’s about an hour and a half of fighting the same putz over and over. The game reminded me somewhere of a cross between Mega Man X and Act Raiser and actually did have a fair about of RPG elements to it. Also, the fact that you can fly indefinitely without a wing strength meter makes this game far superior than the other Gargoyle’s Quest games.