Ok, so this is totally like over 20 years of relevancy, and I know it’s kind of like an accepted joke, but what’s with the Mega Man American box art? Specifically Mega Man 2. Did the art designer even play the game? Was he denied very important information? Aside from moving far away from the original art design – whatever, I’ll accept that; there are two things done terribly wrong. 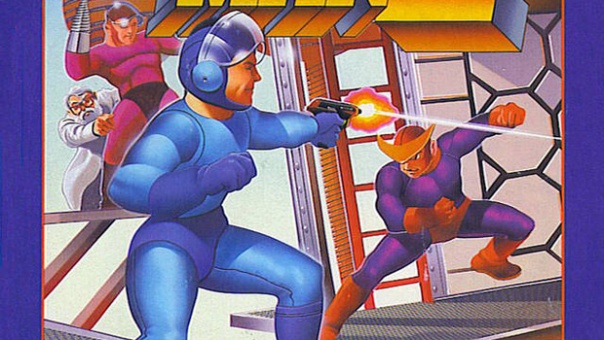 1. Dr. Light is hiding behind Crash Man, pointing at Mega Man, as if to say attack.  Dr. Light would not be doing this, Dr. Wily should be there instead.

2. Mega Man is using a pistol. When, in the entirety of the game does he fire a pistol? No, Mega Man uses the Mega Buster, an arm cannon that extends from his forearm.

Yeah, this is something I think about regularly, today, it just got to the boiling point I wanted to talk about it….these are the biggest concerns in my life….not my newborn son or paying my mortgage or anything. Cuz, ya know, that’s not important…

On a somewhat related note, why was Clash Man, in the Japanese release renamed Crash Man in the American release? I can’t imagine it’s for any sort of infringement or special interest groups reasons. The only thing I can come up with is that Clash Man pronounced by a Japanese person comes out sounding like Crash Man.