Just over 3 weeks away. This is my #1 game this year. I honestly did not think I would be THIS excited about it. I thought I was tired of the whole Dynasty Warriors formula, but you know what? This really works for me. Digging the heavy metal Zelda.

What I’m even MORE excited about is Square Enix and Sony’s announcement of a limited edition metal slime PS4, which will probably never reach the states.

And of course the announcement of Dragon Quest Heroes! Oh joy of joys! For those who know me, you know I love me some Dragon Quest. Another Dynasty Warriors cross over spin-off, and a first for the Dragon Quest series, stepping outside of their standard RPG style. And will also probably never reach the states.

Posted in Not Indie Games

Apparently it’s already started. Thanks to my last post, it was brought to my attention there IS a petition to bring DQX to America. So what are you waiting for? Get on it! Go sign!

If for some reason that link doesn’t work, go directly to their facebook page here: https://www.facebook.com/pages/Operation-Hero/324420011042007

They were already toying with the idea of bringing this game to our shores, so if they see that enough people are willing to buy it, it’s more likely to happen. Nintendo of America had already been talking about the possibility of porting Xenoblade when the petition for that began. Reggie Fils-Aime claims that although they were aware of the petition, it had no impact on Nintendo’s decision stating that, “100,000 signatures does not mean 100,000 sales”. So what does that mean? We have to double, no, quintuple that? Well we’re a bit behind. At not even 2,500 signatures, there’s quite a bit to go. So go sign it. Let Square Enix and Nintendo know that you’ve got $60 set aside for them when the game is released here. 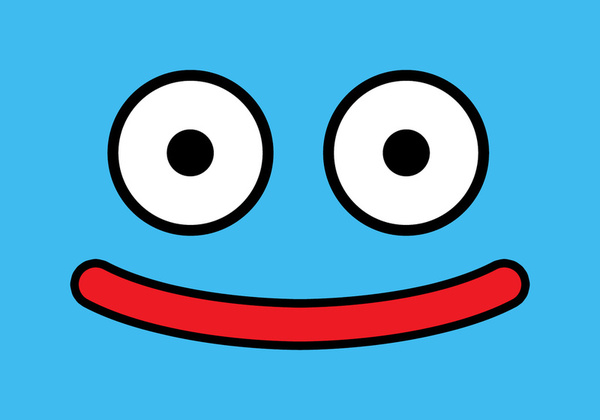 Dragon Quest, my favorite RPG series of all time, celebrates its 25th anniversary with oodles of goodies. This is the best Dragon Quest news I’ve heard since they announced they were finally porting Dragon Quest VI to America. Much of the 25th anniversary information is already common knowledge with fans, but apparently on Monday, Square Enix is going to be dropping a bombshell. This Monday, September 5th,  Square Enix will be unveiling a new entry into the Dragon Quest Franchise! Popular speculation believes this will be the big reveal of Dragon Quest X, which has been in development for the Wii for some time. With Nintendo publishing the last few Dragon Quest releases, this makes the most logical case. It’s also no secret there is a 3DS Dragon Quest title in the works, so maybe even both will make a showing.

The press conference begins at 2pm Japans time, which is 1am eastern for us. You can watch the action unfold live on Square Enix’s USTREAM Channel

Other Dragon Quest releases on the way: 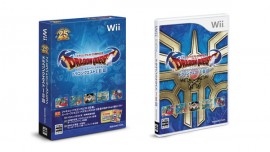 Dragon Quest Collection – Containing both the NES and SNES versions of Dragon Quest I, II, and III, unmolested and unchanged, in their original form.  Set to release this Sept. in Japan, but still no word if it will ever hit us stateside.

Fortune Street – Not really a Dragon Quest game per se, but it has Dragon Quest characters in it. Itadaki Street in Japan, this series has never been released in America before. Plays like the bastard child of Monopoly and Mario Party. Release Date: Holiday 2011

There’s also a handful of Dragon Quest swag to pick up, including this cute little guy; a 1/1 scale of a King Slime. Unfortunately you’ll most likely have to end up importing these as well. Check eBay because these will probably never show up on our shelves.

I’ll be sure to drop an update once Square Enix makes their announcement.

Finally, I leave you with the Japanese trailer for the Dragon Quest Collection.

And thanks for reading!

Posted in Not Indie Games, Not Reviews