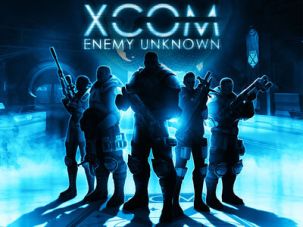 At the time of this writing, I’ve played through nearly all of X-COM: Enemy Unknown so I feel that, aside for maybe a few things that happen at the end that are yet unknown to me, I am hopefully pretty accurate with this info. I’m not here to review the game; you can read about that anywhere considering this is a pretty high profile game. I am here to discuss the differences between the new Firaxis developed reboot and the original strategy masterpiece by Microprose. First and foremost, I know most people are saying they’re dumbed the game game. I don’t know if I really agree with that sentiment per se. Streamlined, definitely, but not necessarily dumbed down. Many of the micromanagement facets of the game that might have bogged down gameplay have been cut or changed and what remains is a sound strategy game where they leave you to focus more on the tactics of combat.

However, most of the things they removed are things that I liked. My list of grievances is as follows:

Then there are some things that I’m mostly indifferent about. I acknowledge their change, and I can see why they did it, but either way would have been fine with me. Gone now are the different types of shots. Aimed shot, snap shot, auto shots are all gone  leaving everyone with just a generic fire mode. But Time Units are gone as well, so the amount of time each soldier used to line up a shot is irrelevant now anyway. TUs have been replaced with each soldier simply being granted 2 action points a turn, which allows them to move and then have 1 action or spend the entire turn running. Though this leaves less flexibility with what each character can do per turn, that also makes you think harder about what they must do. Setting up your soldiers personal inventory has been simplified, making it easier to just jump into a mission, but it also limits what they are able to carry, but that again makes you think harder about what to do with what you’re given.

Some changes they made are definitely logical choices that made the game better:

You can say this game has been dumbed down, but  it’s really just a different type of game. They wanted to take the focus off micromanagement and base development and put it more into the action and combat experience. Much of the tedium from the original game has been broken down, though I enjoyed parts of that tedium. Yes, they did simplify a lot, but the quality Firaxis put into X-Com: Enemy Unknown stands up on its own against the original. Plus, this is the most intelligent and tactically sound game that has been released on a console in years

For those of you who do actually come to this blog and follow it to any degree, I apologize for it’s rather lacklusterness lately. I’ve been super busy trying to buy a house, trying to get a new car, looking for a better and more fulfilling career (partly because I never saw the job I have now as a career). If anyone knows of any job opportunities around the southern NH area, seriously, let me know. I’d be willing to do nearly anything as long as it gets me out of my current situation. That being said, the car and house part of my time consumption are almost taken care of and once that’s squared away, I can get back into some serious gaming.