← Wii U Getting Renamed – Nintendo’s Next Console
BIG BOSS WANTS YOU! – The Next MGS? → 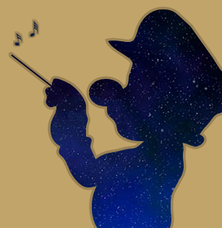 I’ve been pretty busy lately and haven’t really had time to come here and work on anything. No fantastic insights, no new stories, no reviews, haven’t really played anything new lately. I’ve been wrapped up in real world problems lately; Financial issues, car issues, moving, trying to buy a house, get a loan, find new job, etc. A lot of this searching I’ve been doing online and anytime I spend lengthy periods of time on the internet, I need some background music. My music of choice – video game music.

There’s two really good sources of video game music that I always turn back to. A fan of video game music himself who goes by the name, Garudoh, has his own YouTube channel with over 500 listings for games from all systems and all genres. The best part about his videos is that you get a mix of tracks in each one. Instead of one song as a time, he posts videos that are generally about 10 minutes long splicing together various tracks all from the original game soundtrack. The only downside is that sometimes (probably more than sometimes) I get distracted by the video and end up watching instead of just listening. His own website, Gar’s VGM Site, has a more visually appealing interface than youtube, but all links still lead to his youtube channel.

The other is OverClocked Remix. This site has way more music and is updated constantly and is probably one of the first websites that will come up if you do a search for VGM on google. I’m not really a big fan of song remixes, but every now and then I stumble across something worthwhile. OCRemix is more of a huge hub for video game music and fans, so there’s a lot more going on and requires more of an active participation and isn’t as useful if you just want to sit back and listen to music.

There’s way more out there too, but it would take forever to list all the good places to get video game music and the different types and avenues that people have been pioneering in creating their own new video game inspired music. Perhaps another time as we get closer to BlipFest I’ll talk some more about that.

← Wii U Getting Renamed – Nintendo’s Next Console
BIG BOSS WANTS YOU! – The Next MGS? →